Ironically, there have been no or very few online sources enlightening us about the history of food photography. Yet, it has always been an integral part of advertising and branding. Let’s explore chronologically how the food photography as we know it evolved – So what if there were no cameras, there were paintings!So what if there were no lights, there were colors and paint brush!Think about the era when there was no camera. Going back to the 16th and 17th century, skilled food painters were in high demand. They would meticulously draw food portrays. The choice of color would denote the level of lighting and mood. Some part of food would be shown spilling consciously. Such paintings with a touch of realism, several connotations and thoroughly thought composition continued till the beginning of 18th century. Then the trend of making even more realist paintings also dominated the several next decades. Black and white yet so rich visually,A touch of reality described attractively.Don’t you cherish those colorless images – depicting the juncture between modernism and classicism. At the beginning of the 19th century, the food photography started to be shot by black and white camera. Now, when we will have a glimpse of those photographs, it’s effortless to feel the temperament of that period. In fact in 1867, the food photography also began to appear in cookbooks and the trend has been prevailing till now. And, 20th century boomed with colors We have colors now, thus, a wider scope of experimenting with the composition and lighting. By the virtue of advanced cameras of that time, colors into pictures came into being. In 1980’s, food was heavily decked up as if it is going to a party. The plates would be black. and the look would be absolutely elegant. While 1990’s witnessed a popular fashion of white containers with a white background. The food still looked classy but far more real as compared to that of the 1980’s. 21st Century welcomed the rough and rusticEnough of the glitter and the glamour. Over the years, people had gathered a fair idea of distinguishing between a good food and only good-looking food. After 2000, the emphasis was much more on the health of the food. The setup was not elite-look centric but rather natural and practical. This change took place as the food customers were also looking for the ‘real’ feast.

A short video on how www.foodshots.in were photographing for Dana Choga’s Kitchen. And a few words by the client. 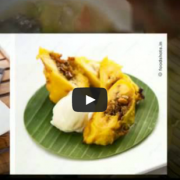