Oops! It appears that you have disabled your Javascript. In order for you to see this page as it is meant to appear, we ask that you please re-enable your Javascript!
Blog - Latest News
You are here: Home / Tips & Tricks / Drooling Food Photography — 7 useful tips

1. Keep the food fresh, to create crisp photographs- While you ponder upon the ideas of capturing breathtaking images, the food to be captured is aging. Don’t let it fade away, try to captivate it in your camera imagination as soon as possible.
2. Try to bring the angle with a difference – Since, every recipe is privileged with different USP (Unique Selling Proportion), the angle from which it is to be shot varies too. Some of them would appear more appealing from the top view while other from the side or lower angle. Work on the aptest angle. 3. Instinct can do wonders – If you still feel unclear after trying numerous compositions, follow your instinct. Whatever idea has randomly hit your mind, if it still lingers around – FOLLOW IT AND IMPLEMENT IT. 4. Not camera but the photographer does the magic – If an expensive camera would be able to give you all the results then there would have been hardly any famous photographers in the world. A simple DSLR Camera will suffice with a nice lens, the rest depends on your ability and creativity.5. Try to evade the flash – In many of the food photography cases, using the flash would only add unnecessary lighting which will camouflage the natural details. A food shot should rather seem real so as to look edible.6. Props that highlight the core push – There’s definitely a pushing thought around which a photographer weaves the image. Try to include props which complement each other and the main recipe both from the aspect of the color as well as of size. 7. Accidents could better the picture – At times, while slicing the food product, there occur an “unexpected” spill or the so-called proper shape is distorted. Imperfection can be beautiful and add that natural element to the food photo. 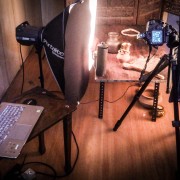 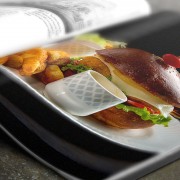 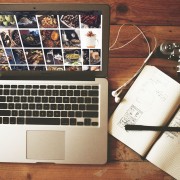 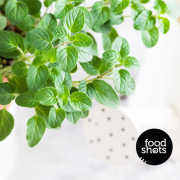 Want to join the discussion?
Feel free to contribute!

Find us on Google Plus